No more victims in Vietnam

In addition to being a well-known writer and artist, Jan Wolkers (1925 – 2007) was a political activist. The Vietnam War accelerated Wolkers’ political consciousness. He regularly took part in anti-war demonstrations and did not hide his frank political opinion. He even made an election poster for the CPN (Communist Party of the Netherlands).

This poster, with 36 shooting cards, 28 with a baby doll and 8 with green paint crossed and the text “No more victims in Vietnam” will be auctioned this autumn under catalog number: 5039 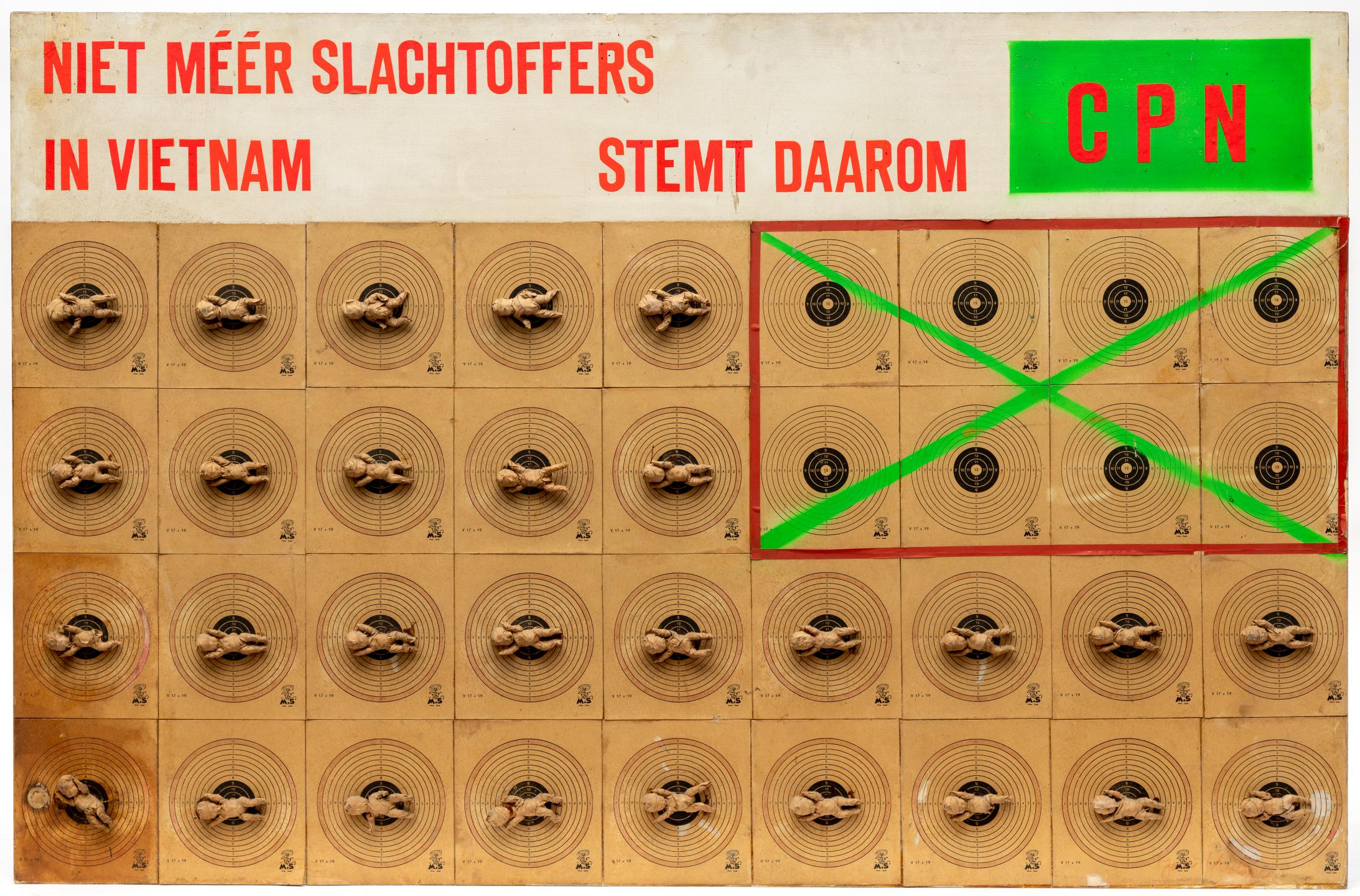