This spring sale we present a number of small works by two very well-known Dutch sculptors from the 20th century; John Raedecker and Hildo Krop.
Two statues by Raedecker, the bronze ‘resistance fighter’ (lot number 2638) and the ‘laughing man’ (lot number 2639) come from a collector. By shifting the center of gravity of her collection to purely animal figures, she decided to have these two bronzes auctioned. These two sculptures can both be called typically Raedecker. An expression can be seen in the face of the ‘Resistance Man’ that can also be found in the statues of the monument on Dam Square, from the same period. The ‘Laughing Man’ was one of the collector’s most beloved busts. In this bust you see a strong representation of Raedecker’s dream world. The bronze ‘jumping foal’ (lot number 2637) by Hildo Krop comes from the same collection.
Apart from the collection above, we are auctioning two other sculptures by Hildo Krop (lot numbers 2635 and 2636) from two other entries.

As a city sculptor, many works by Hildo Krop (1884 – 1970) adorn Amsterdam facades and bridges. Initially Hildo Krop was trained as a pastry chef, but at the age of 23 he decided to become an artist. It was John Raedecker who taught him how to carve stone.
After a few small assignments, he worked between 1913 and 1916 at the Scheepvaarthuis on the Prins Hendrikkade. After the completion of this building, Krop was officially appointed city sculptor. His best-known work in this capacity is the Berlage monument on Victorieplein.
In addition to sculpting, Hildo Krop made a name for himself as a designer for furniture, ceramics, ironwork, graphics and glass.

Johannes Anton Raedecker, or John (1885 – 1956) is best known as a sculptor for his contribution to the monument on the Amsterdam Dam. After the First World War, John Raedecker gained international fame. He was seen as an influential expressionist who managed to create his own form through the influence of different styles. His post-war human and animal figures were groundbreaking and made him the most important Dutch sculptor in the 1920s and 1930s. In all his works the emphasis is on sensitivity in combination with a coarse form. Almost all his pieces have a mysterious impression. More than 60 years after his death, his works of art continue to fascinate. 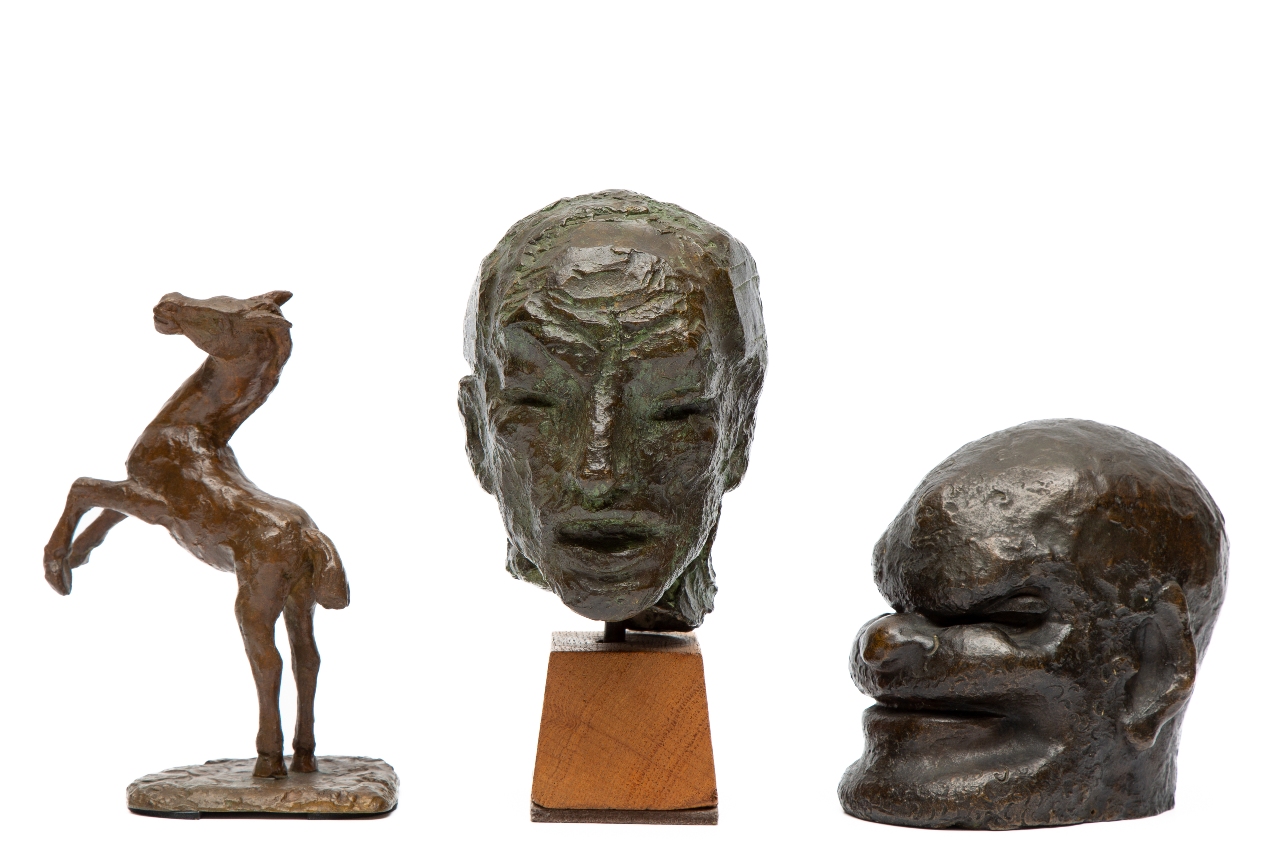