Not everyone finds a note with compliments about their home on their doormat. And certainly not by Gerrit Rietveld, the famous architect and designer of the wooden chair in the iconic colours of the De Stijl Art Movement. It did happen to the Brouwer family.

The house to which Rietveld referred was designed by the architect Hein van Meer. ‘this designed house is the epitome of architectural unity’, according to an article in the January issue of ‘Eigen Huis & Interieur’ from 1987. As the third generation of residents, the Brouwer family has decided to completely restore the house in the style as intended by the architect, the interior included.

The personal note from Gerrit Rietveld inspired mr. Brouwer was to study the work of Gerrit Rietveld and ultimately came to the decision to order two Rietveld chairs from Gerard van de Groenekan. 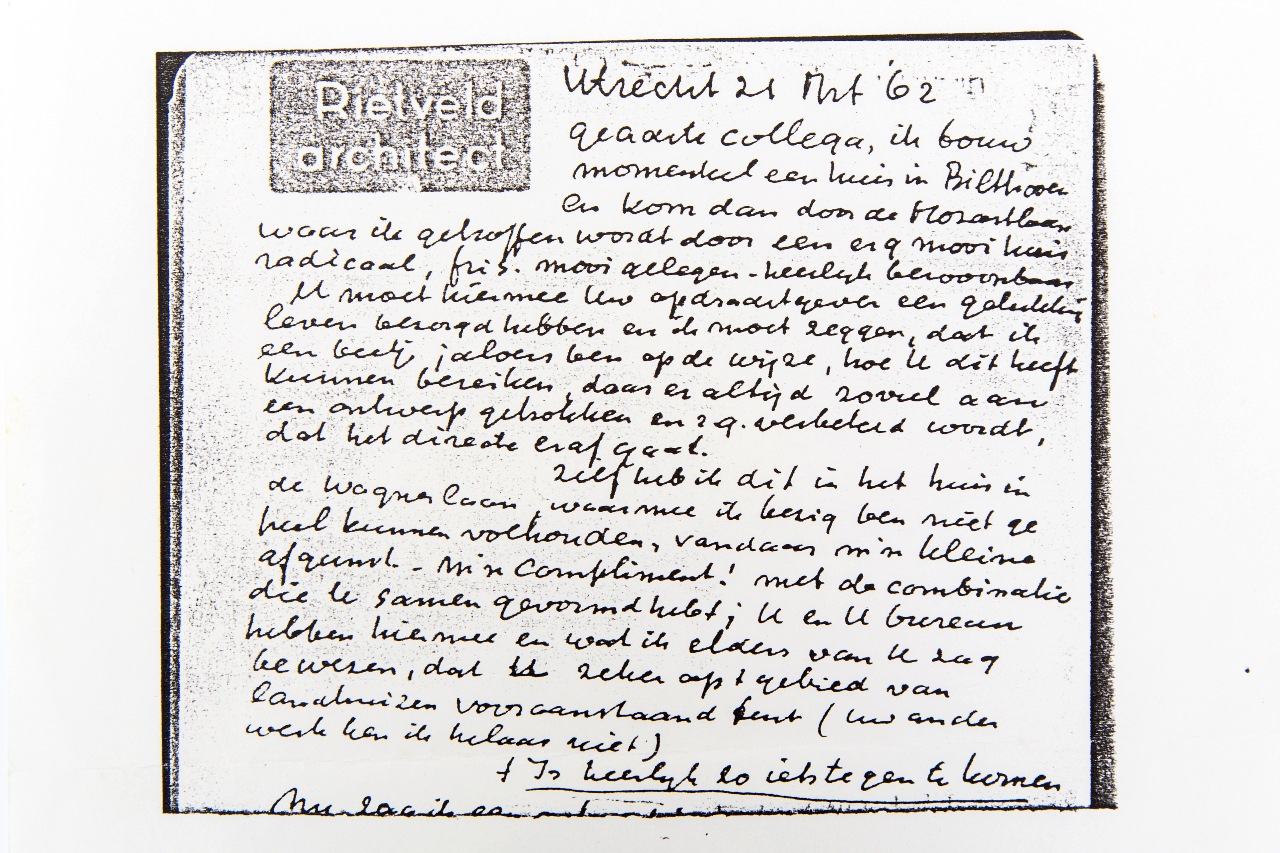 Red-blue chair (lot number: 2595):
This red-blue chair bears the Van de Groenekan brand, his signature and the note ‘for the Brouwer family’. There are also a number of photos from the family album depicting Gerard van de Groenekan, working on this chair.

Several designs and versions of this model are known. For example, did you know that the first example was unpainted and had side panels under the armrests and that there are special editions, ordered for the famous buttocks of Charley Toorop and Paul Citroen? Intended for simple machine production, Rietveld wanted to make the furniture accessible to a wider audience. The early versions by Gerard van de Groenekan may no longer meet his initial wish…, they have become exceptional, iconic and desirable collectibles. 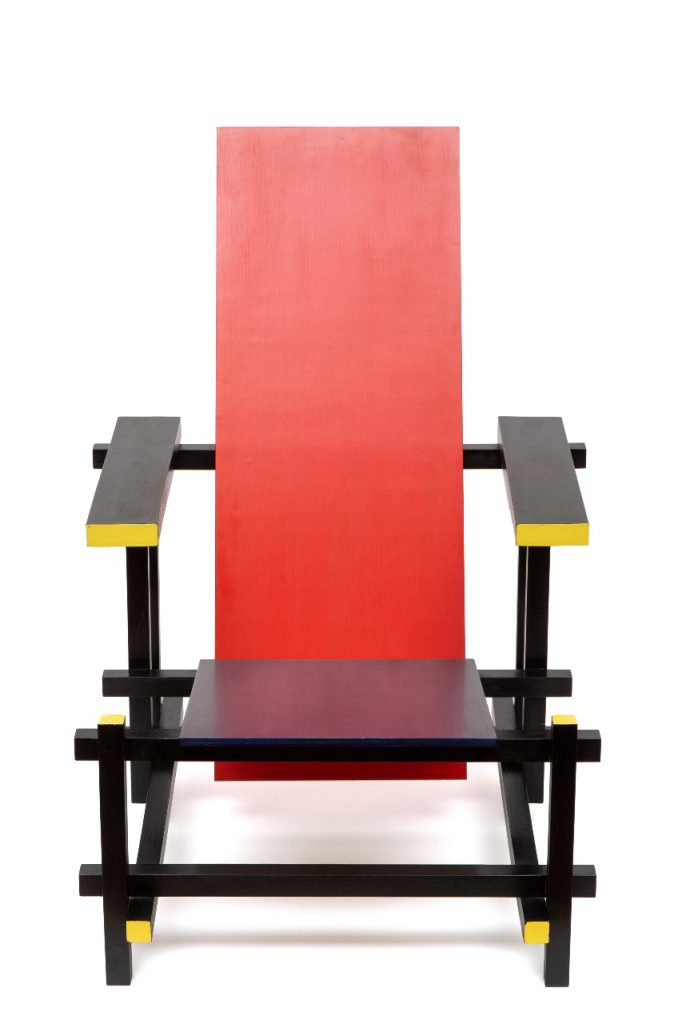 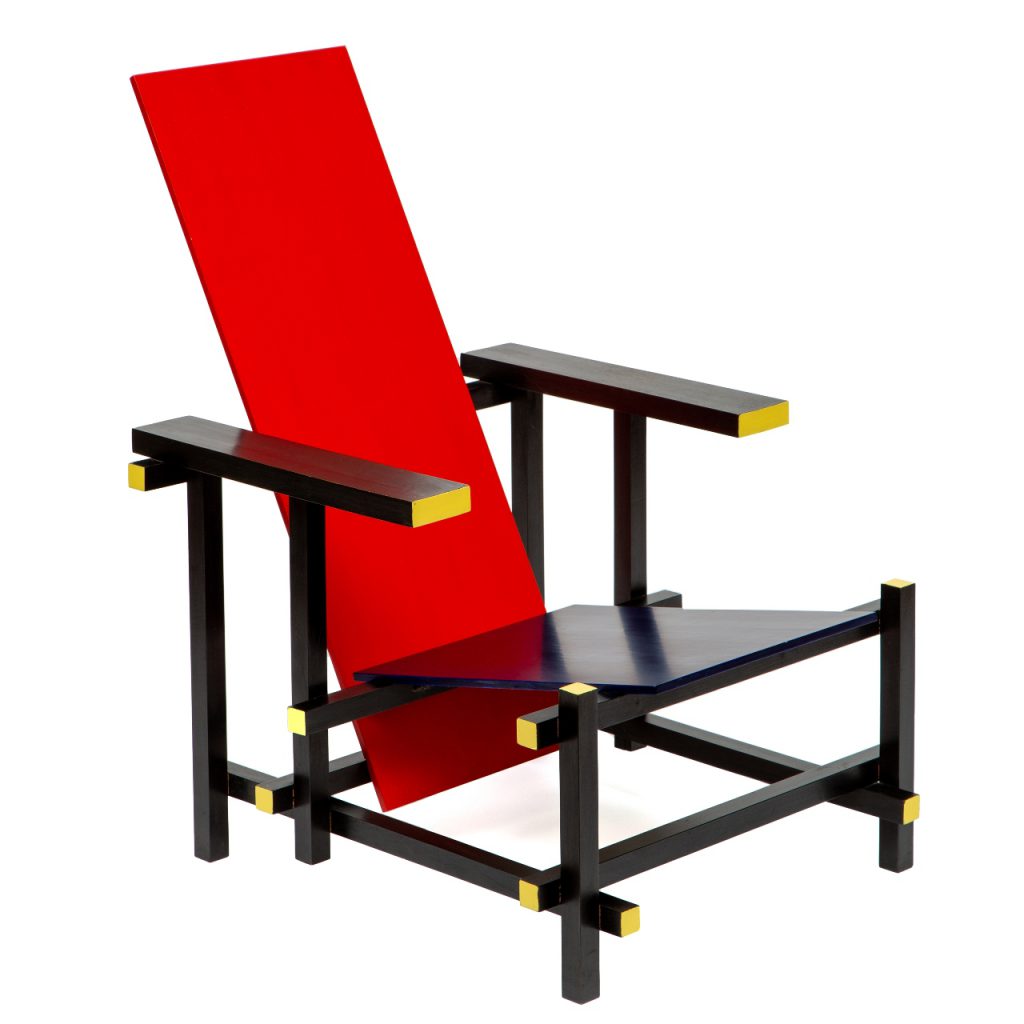 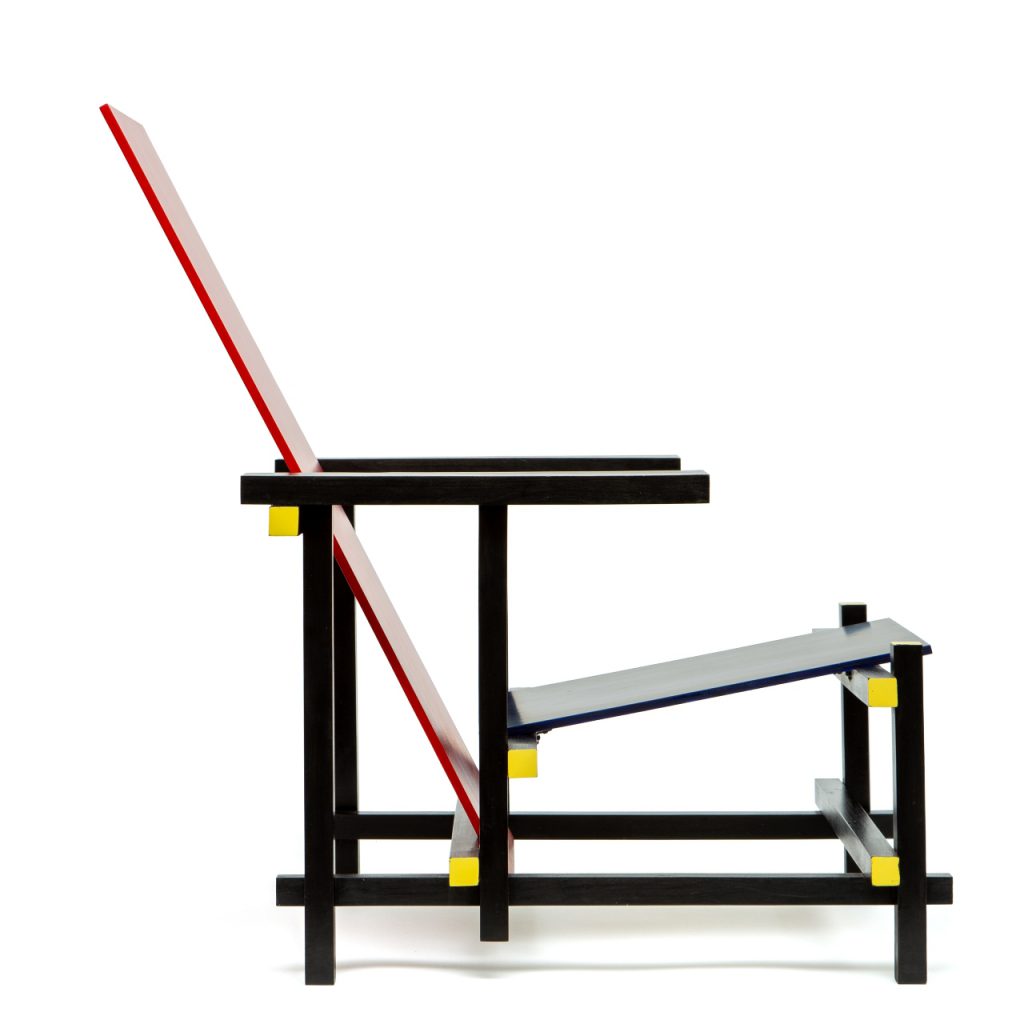 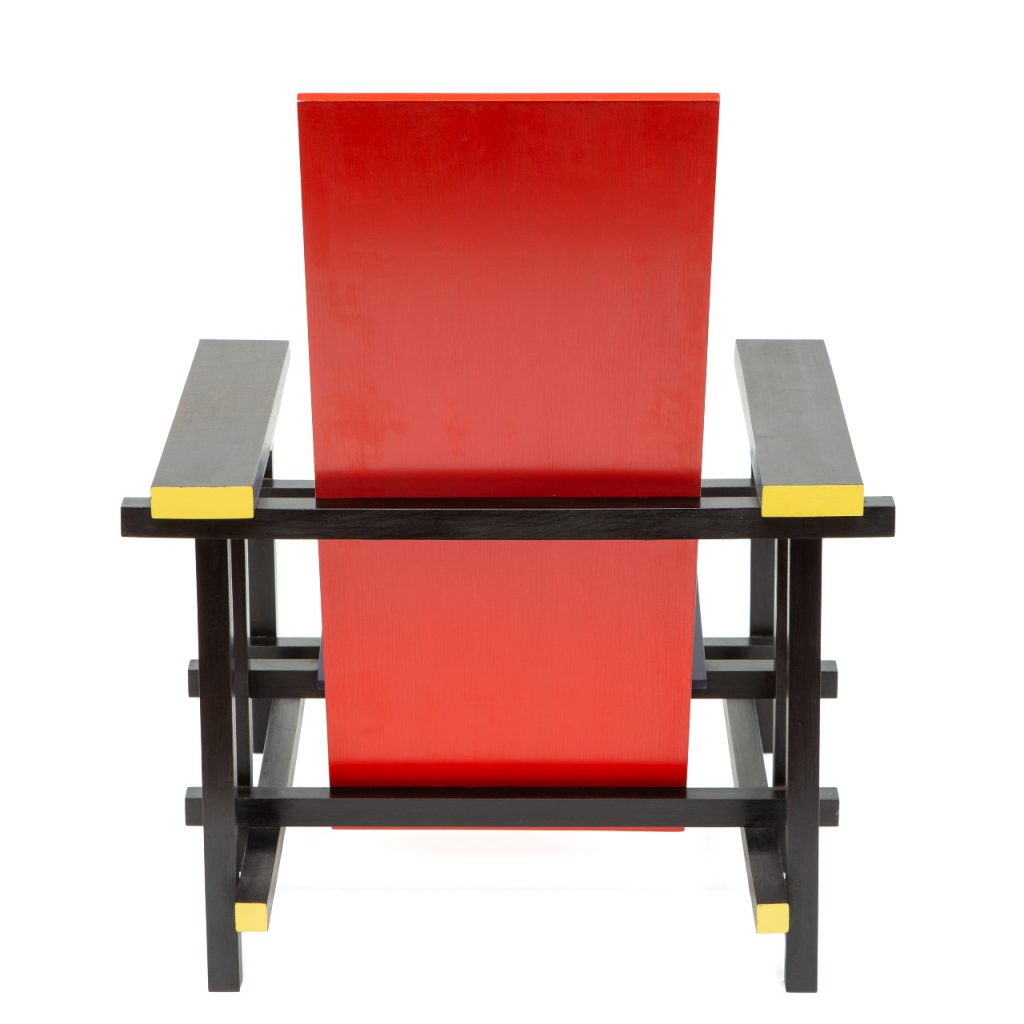 Steltman chair (lot number: 2596):
The Steltman chair is less known but no less special, due to the combination of form and function. Designed for the Steltman jeweler family in The Hague, this seat is part of a duo. Together, the asymmetrical design forms a unity that fits beautifully with the intention of selecting wedding rings on it. One of the original chairs is cultural heritage and can be admired in the Kröller Muller Museum. In this first version, the upholstery is made of artificial leather.

The Steltman chair was the second iconic chair made for the family by Van de Groenekan, it also bears his signature and brand. Where a rare note can lead to… 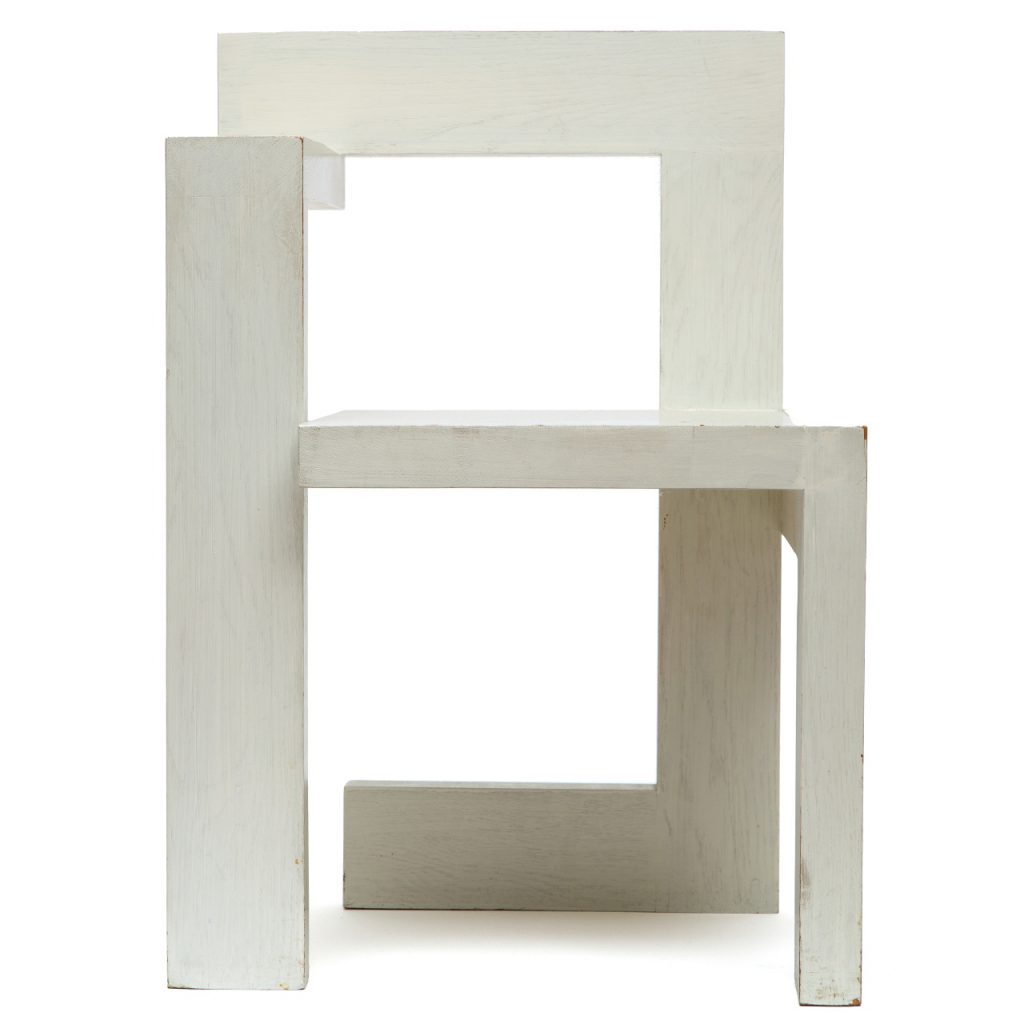 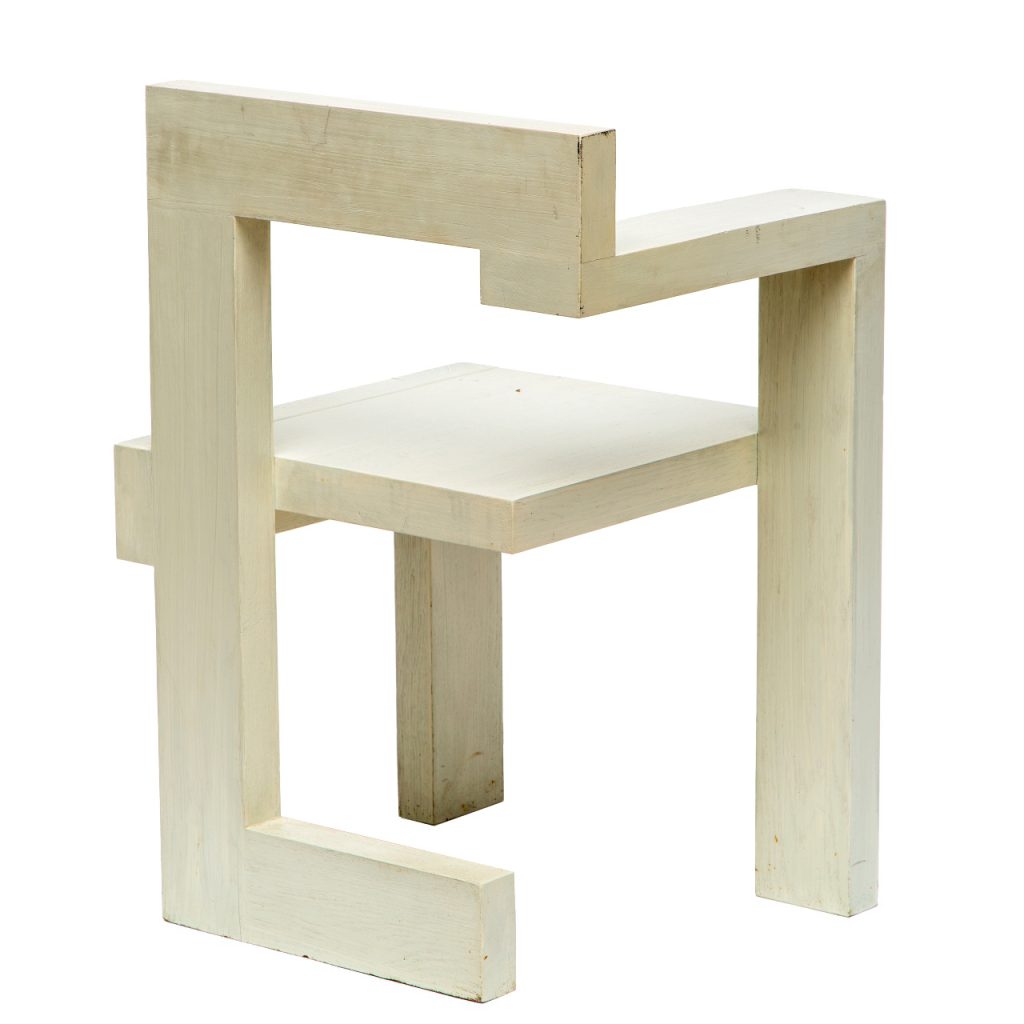 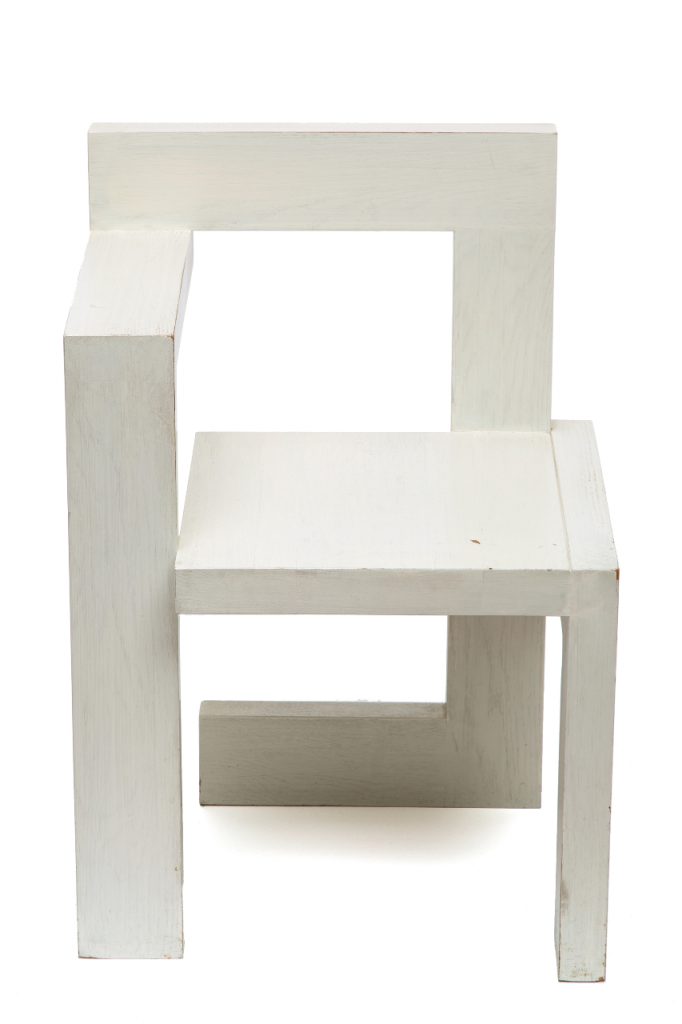 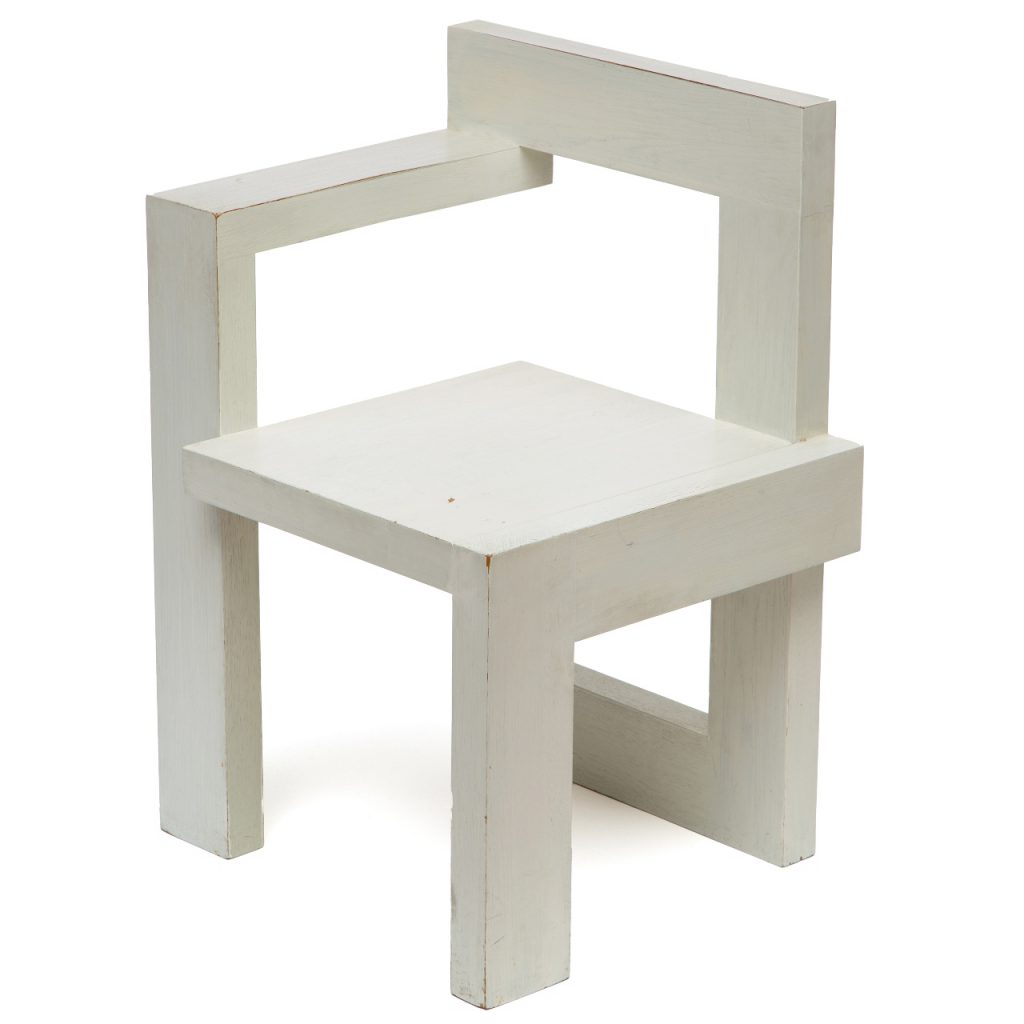 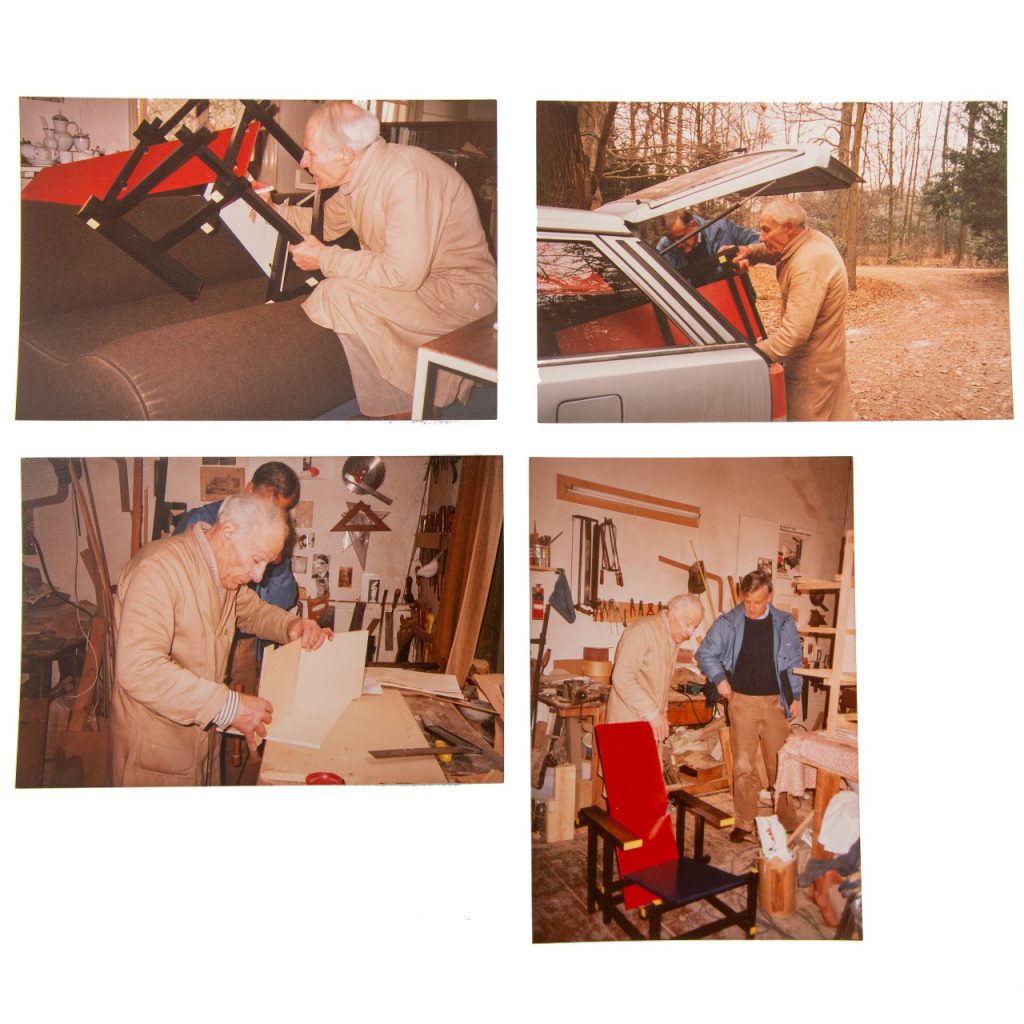 More special items from the interior of the Brouwer family will be auctioned too, such as the chrome-plated tubular steel ‘LC4’ chaise longue by Le Corbusier for Cassina, two red Groovy/M-chair armchairs by Pierre Paulin for Artifort, a teak sideboard, model DU03 by Cees Braakman for Pastoe and many other design furniture and modern art objects.

You will find all lot numbers in the possession of the Brouwer family, stating Provenance: Collectie familie Brouwer

Some other notable pieces of design furniture offered in this sale are a large table and chairs by Piet Hein Eek (lot number 8263 and 8264) and a beautiful coffee table by Axel Vervoordt (lot number 8202). 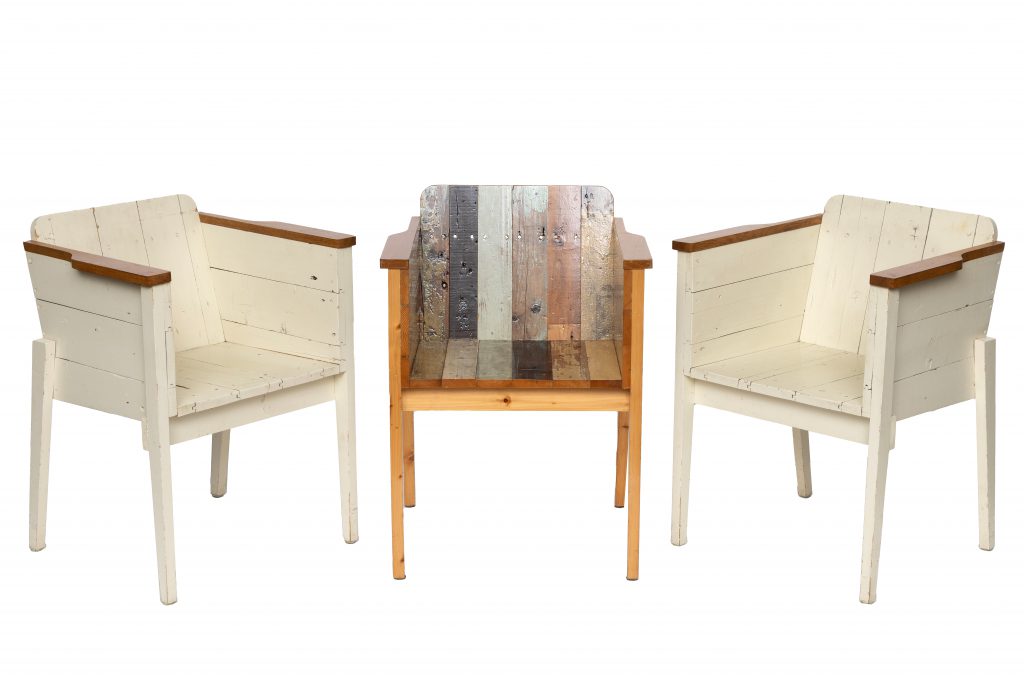 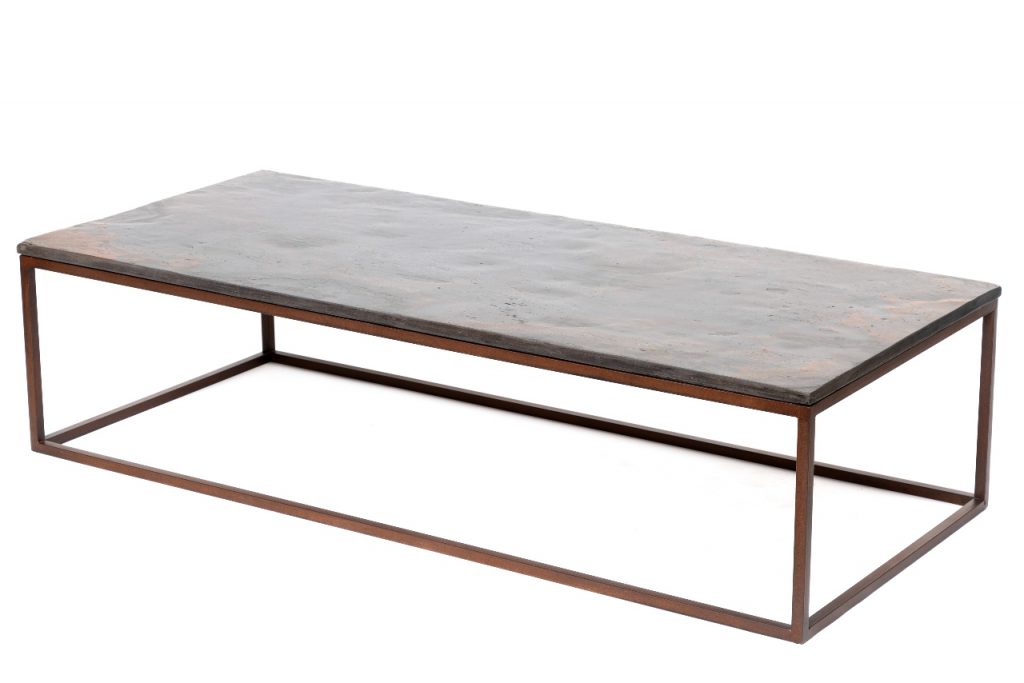 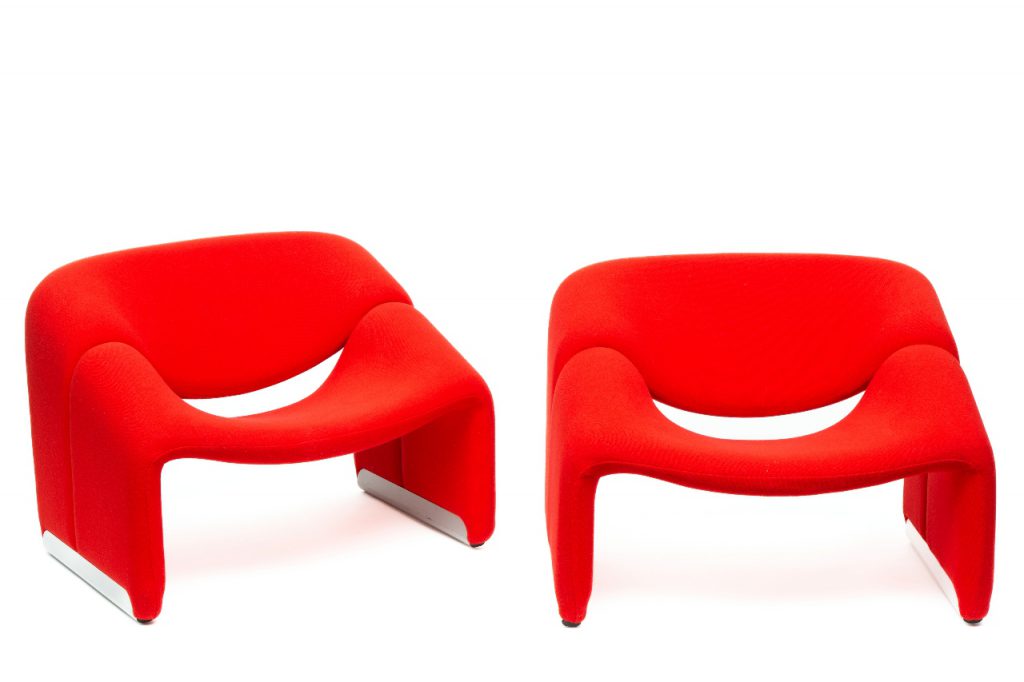 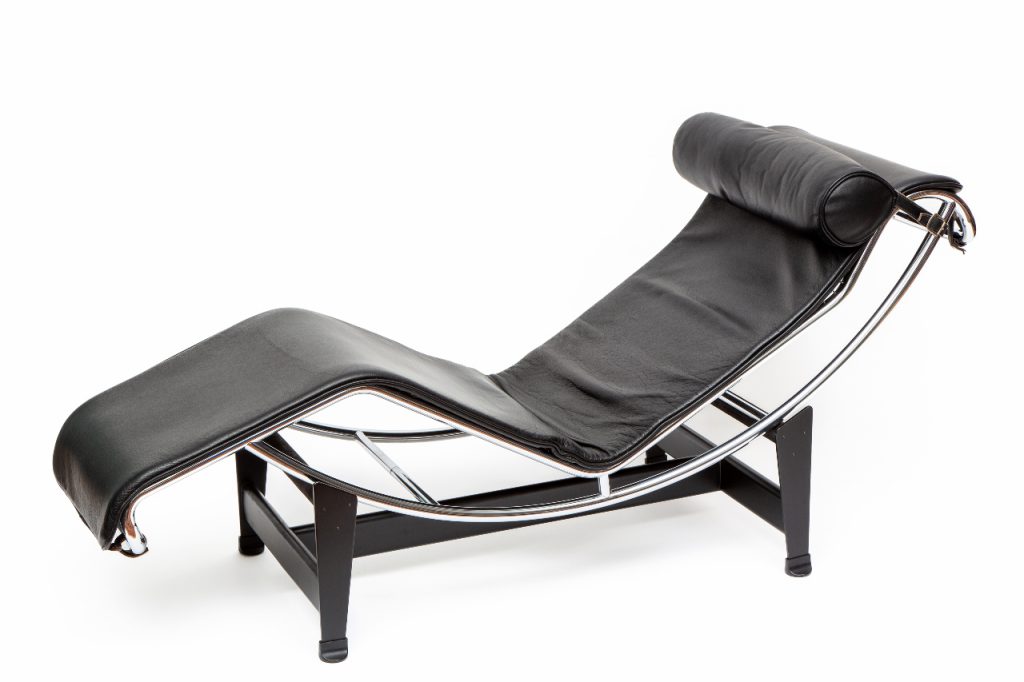 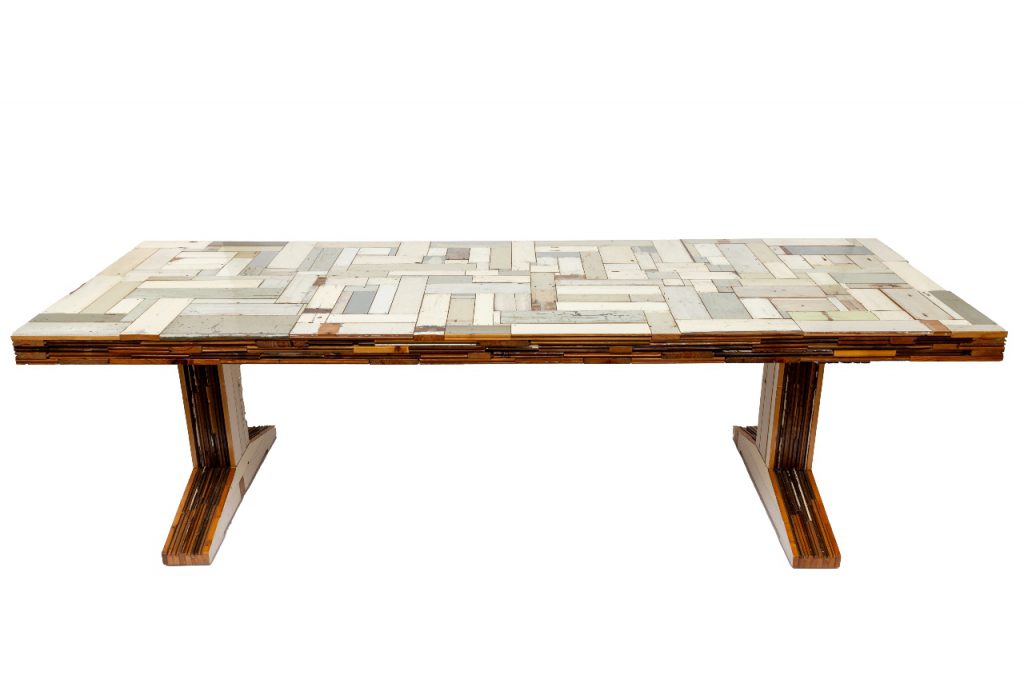